“Kiss Your Nightmares” is the painterly translation of four women performing with each other in a cultivated nature dominated by humans. Taking up the history of the Berlin Schönholzer Heide, the artists created sequences of different sequences of emotional tension, mysticism, life and death, resurrection and transformation.

The Berlin Schönholzer Heide has experienced several historically conditioned changes of destruction and rebuilding. For example, a Nazi forced labor camp was built on the site of the former amusement park. The performance took place on the former cemetery of the so-called Berlin bomb victims. Following their impulses, the four dancers created the visual material for this painting cycle, captured and recorded by a photographer. As the initiator and painter of this performance, during the process of working on “Kiss Your Nightmares” I delved into the individually captured moments of interactions and found lived contradictions, such as being delicate and wild, being light and dark, being beautiful and terrible, interwoven and united.

I contend that we humans all too readily blank out the interplay of polarities and settle into a world of good or evil. We want to be beautiful or terrible. Nightmares are terrible, kissing is beautiful. Why should we kiss our nightmares? “Kiss Your Nightmares” dares to trigger ambivalent, or even contradictory emotions in the viewing of images. That there would not be one without the other, that opposites circulate around each other as a unity, that the one is born out of the other and is in a constant interplay, is a perception of reality that is contrary to the needs for control and security; and conditions the existence of all living things. 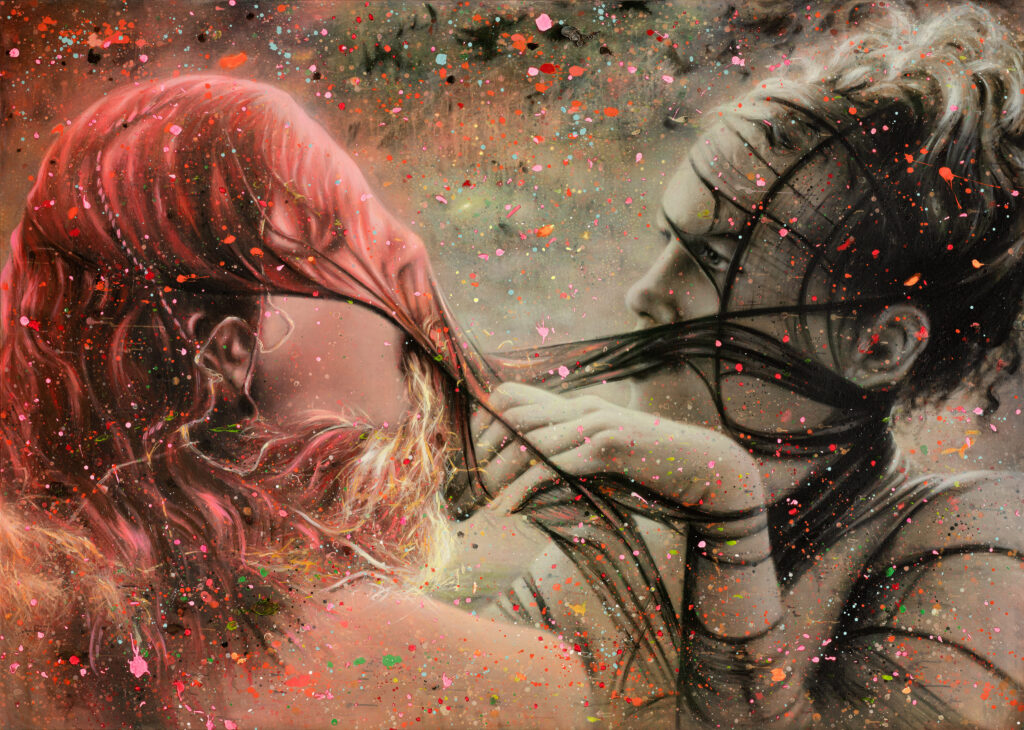