In her paintings, Silke Leverkühne freely and newly explores the intricate relationship between nature and art, between mimesis and creation. In her moving and agile painting, an event of perception is played out, which – always anew – occurs as a similarity in the dissimilar, which manifests “the power of one’s own image” into visible forms. Intensive differences appear in the visible, translating tensions, turbulences, vibrations into material and colour. Colour and form merge indissolubly, dissolve each other. And in this indissoluble interrelationship, Baudelaire’s idea of colour as a “universe of mutual reflection and interpenetration in which nothing remains isolated or untouched” is then put to work once again and in a completely new way: “Colours send reflections to each other, and by changing their appearance through a glaze of transparent and borrowed qualities, they multiply their melodious connections to infinity and facilitate them.” From elements of colour and form, from their structuring, rhythmisation and from what happens between and around them, the pictorial site is built up. A designed space then emerges from neighbourhoods, touches, overlaps, in which meaning/content first emerges. Image sound, shadows, shades: A pictorial event, a polyphonic and at the same time coherent interplay of forms that the gaze takes in, guided into balancing acts of seeing, which are the theme and result of Silke Leverkühne’s painterly work.

Silke Leverkühne’s shimmering paintings stage fleetingness, emergence and dissolution as if in paradox. These paintings also show the transition, the ‘transitional’, which also shapes feelings, atmospheres. And in every picture we are confronted with a mysterious instability, with the dissolution of unambiguity. In the never-ending contemplation of painting, in the interplay of above and below, of light and shadow, in reflections and refractions, we also learn that the gaze cannot fix anything, that it must abandon itself to the hullabaloo of reality, which in its multiplicity, in its disparity, can neither be tamed nor tamed into a single-minded order.

Silke Leverkühne’s pictures and series of pictures are like moments in an incessant process of change. The dark moor, the bright windows: pictures like windows allow us to look at something other than themselves, reflections cast our gaze back.

We look forward to your visit. 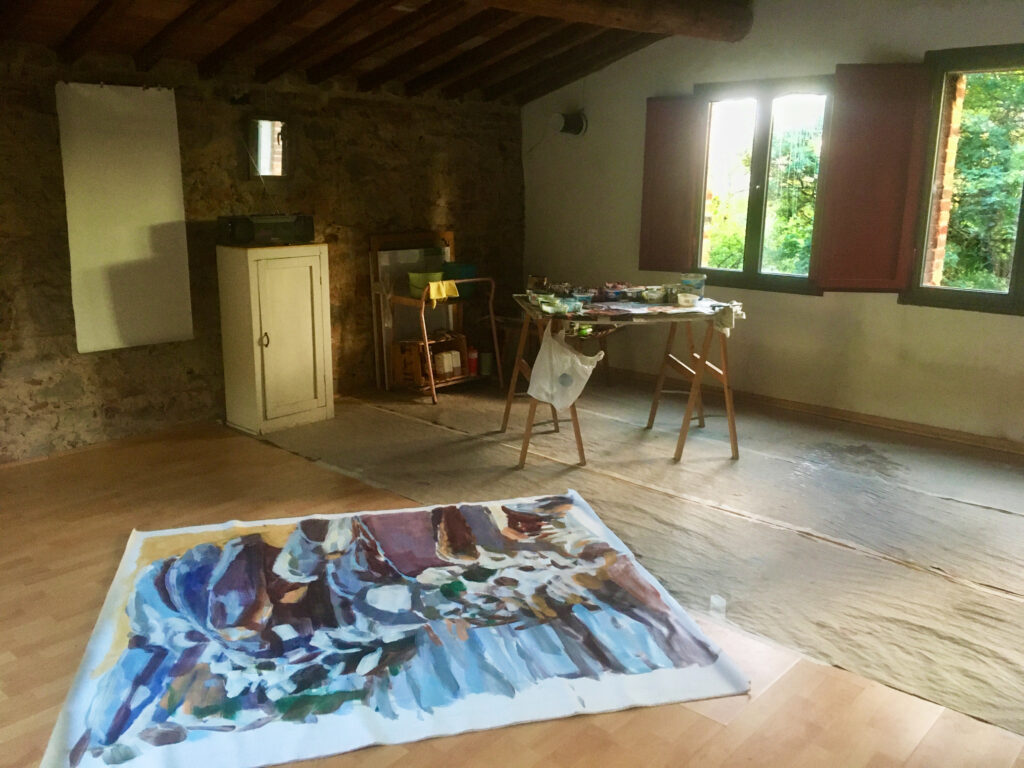