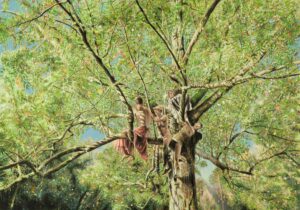 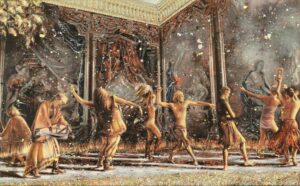 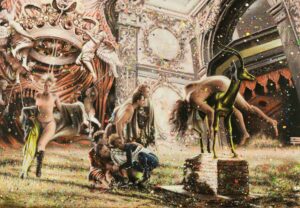 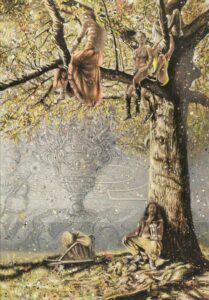 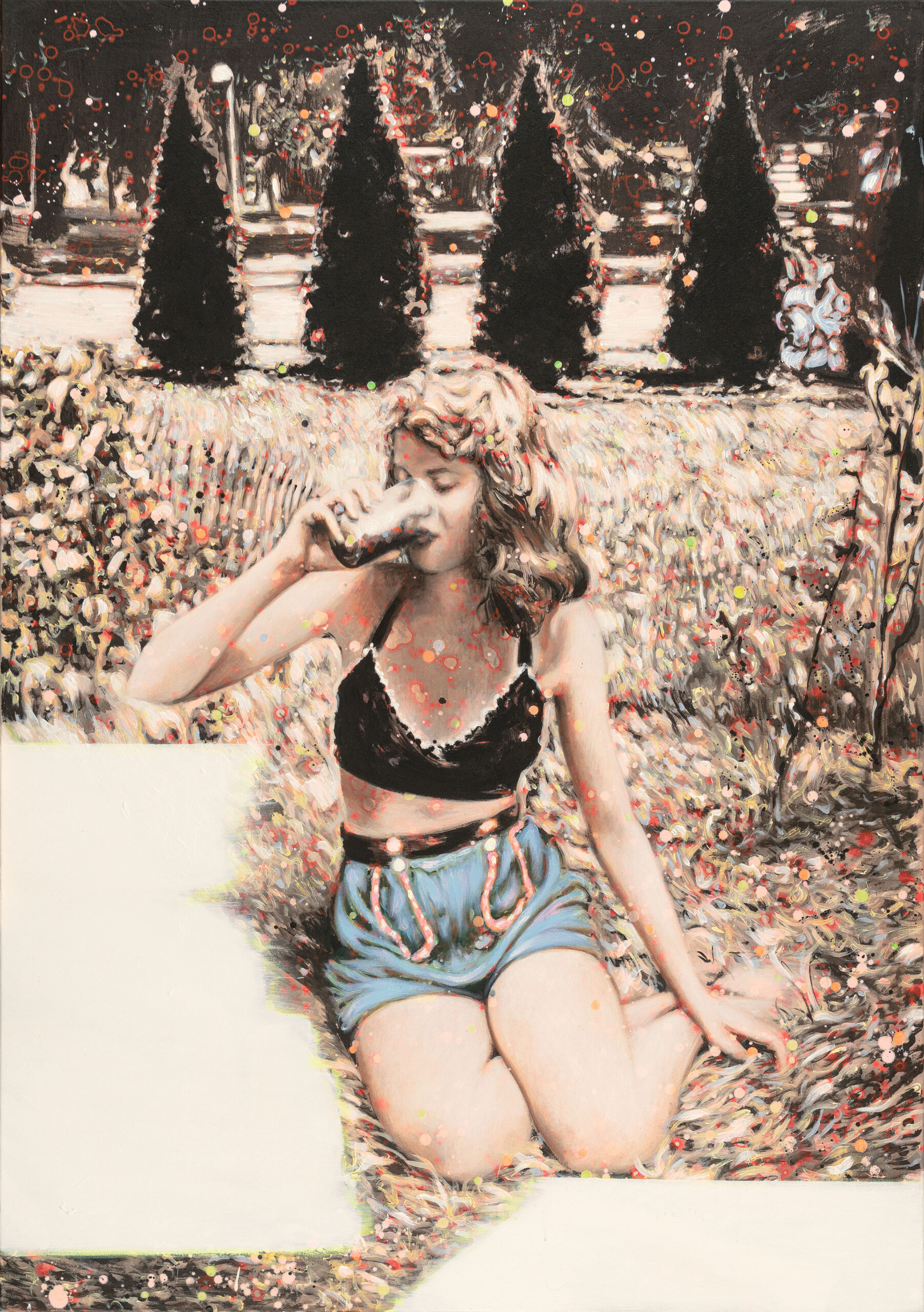 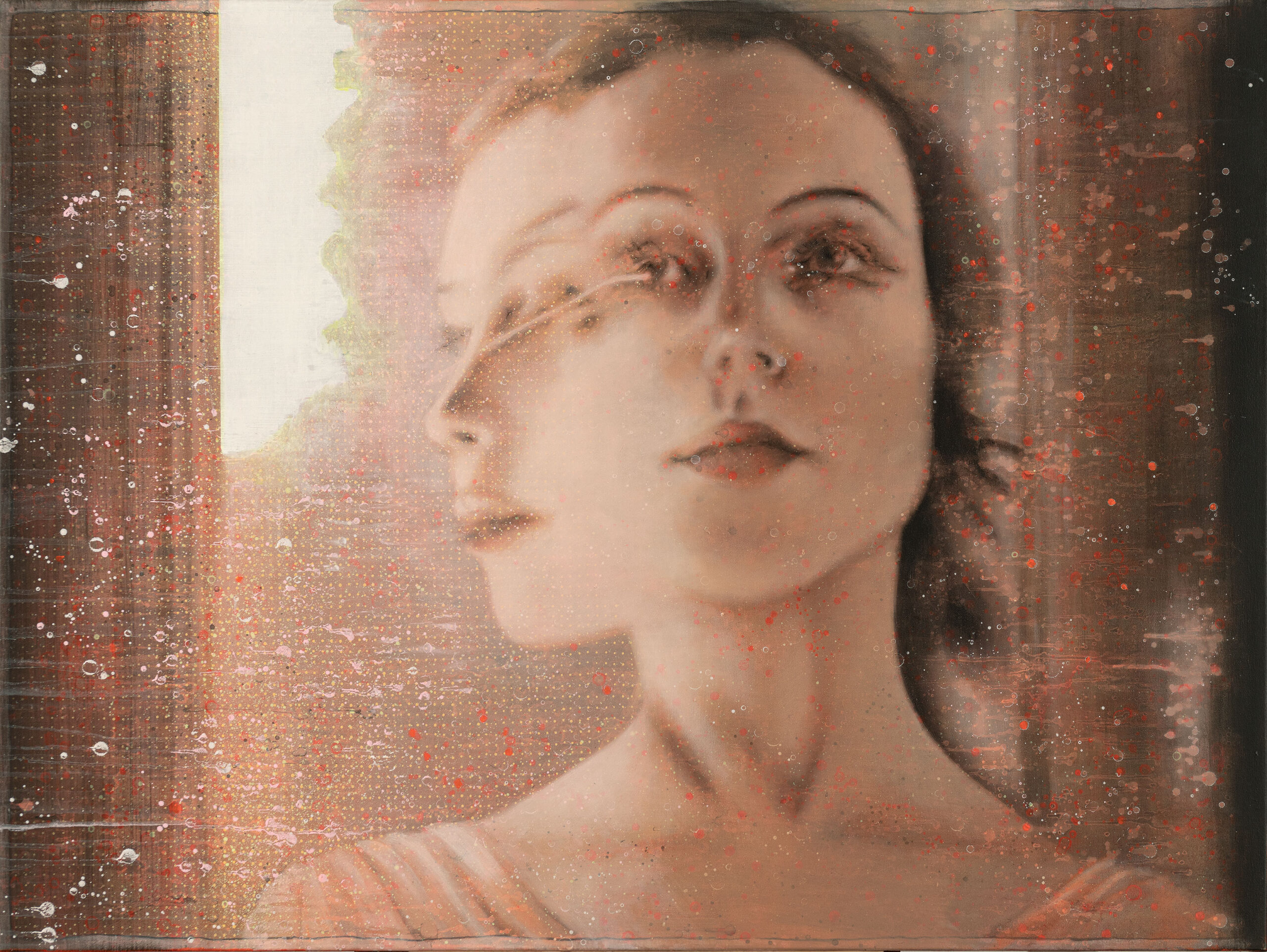 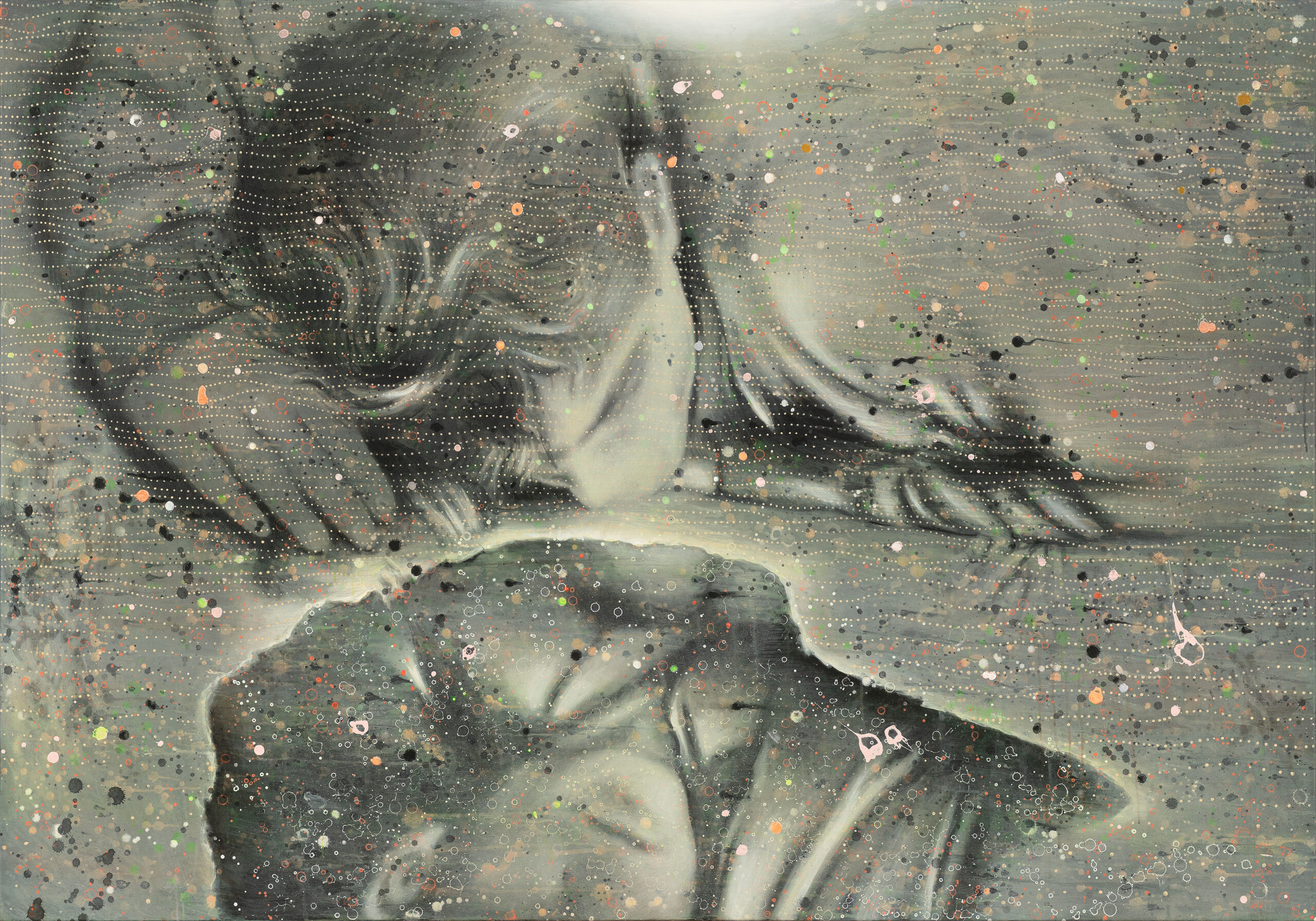 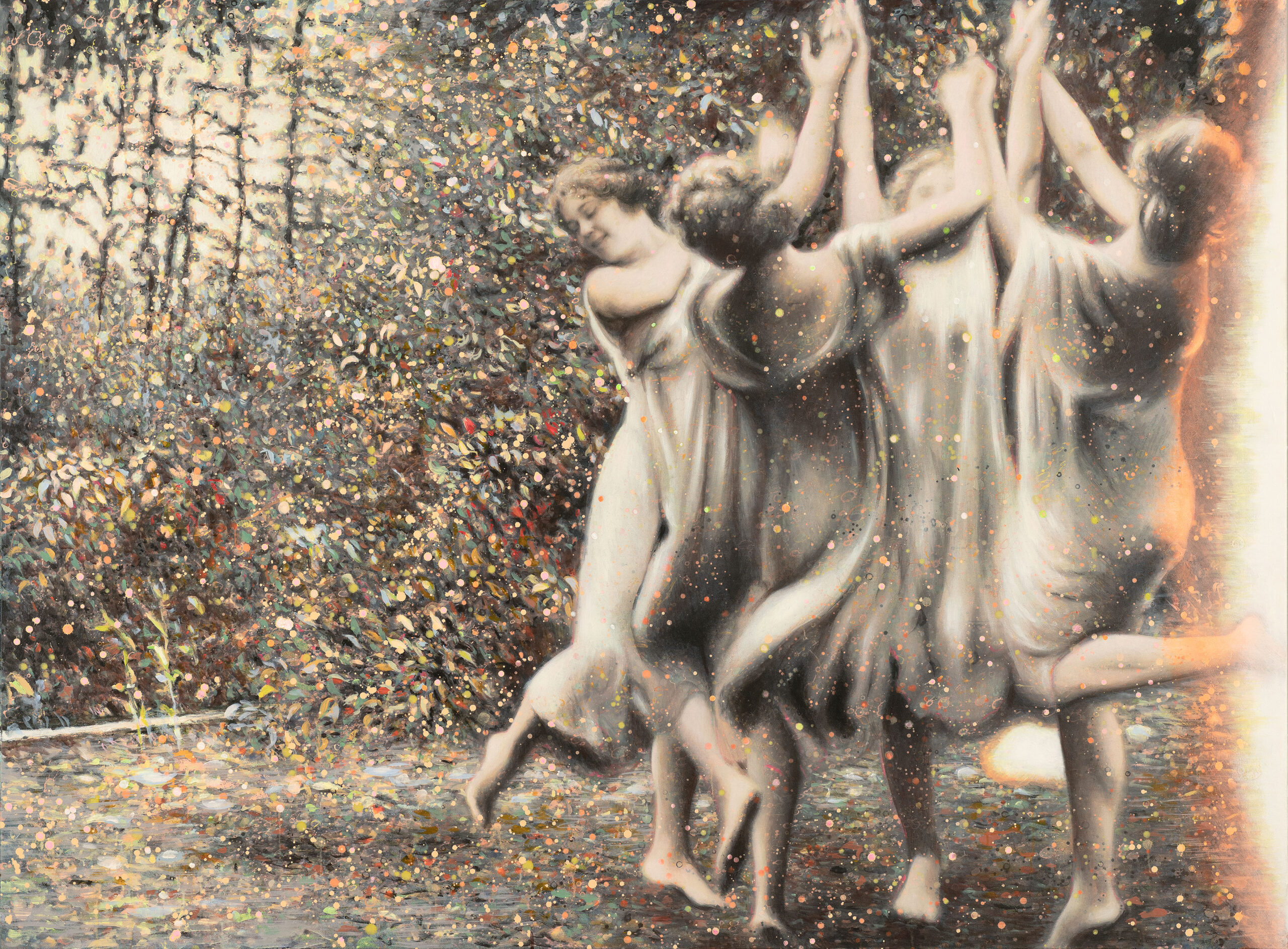 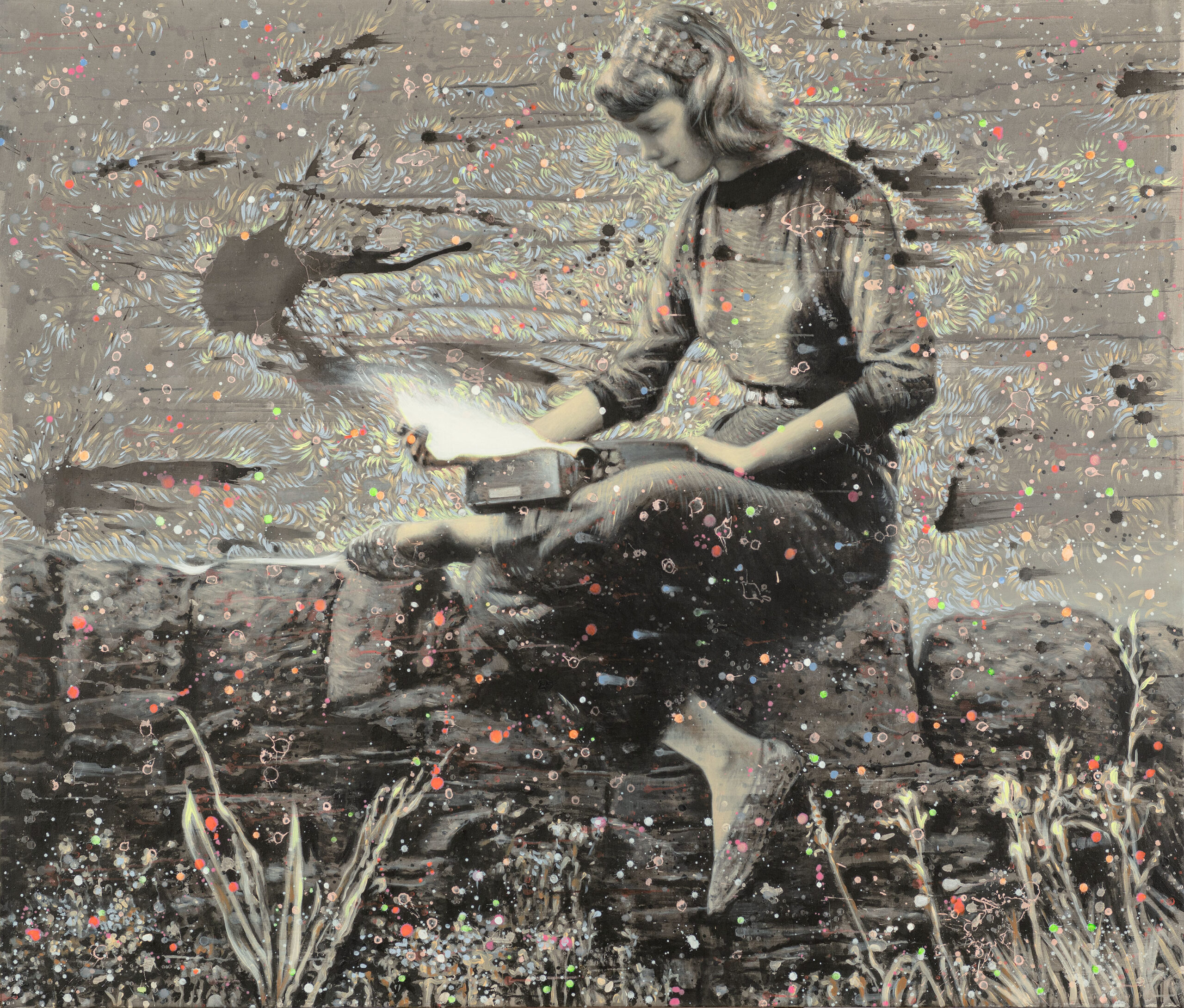 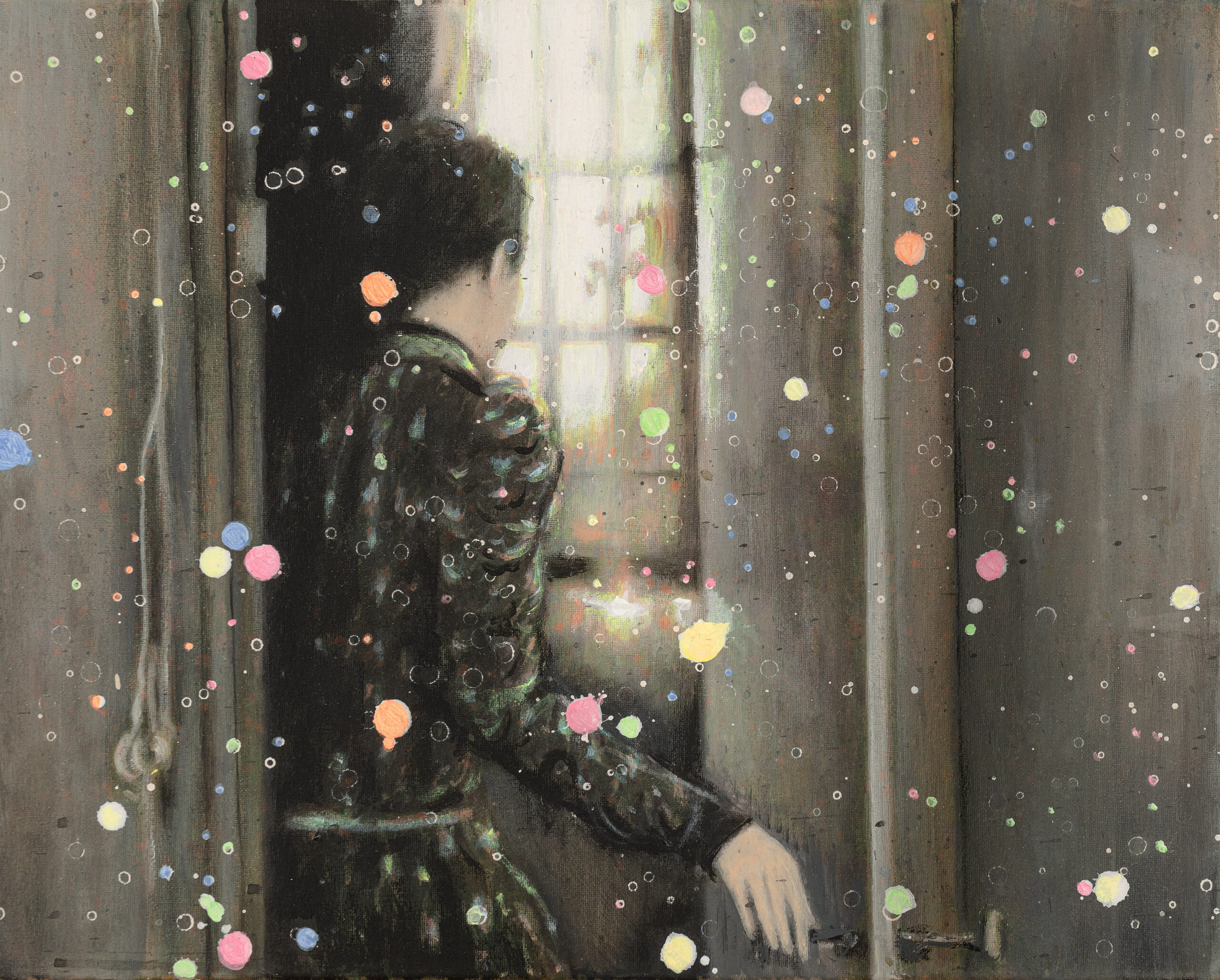 Born in Bremen in 1978, Anna Lena Straube studied sociology, philosophy and education (MA.) at the Christian-Albrechts-Universität zu Kiel from 1998 to 1999. From 1999 to 2004 she studied fine arts at the Muthesius Academy of Fine Arts in Kiel with Professor Elisabeth Wagner and Professor Peter Nagel. This was followed (2004-2005) by postgraduate studies in art therapy at the HfBK Dresden with Professor Doris Tietze, internships in psychosomatic clinics Bad Bramstedt and Arnsdorf.

Since 2012 she has been a lecturer at the Potsdam University of Applied Sciences for Education for the research world Blossin, establishment of a painting place after Arno Stern, as well as for adult education with a focus on “sustained shared thinking”.

The painterly exploration of femininity determines the artistic oeuvre of Anna Lena Straube. Traditionally, it was male artists who created a female ideal. Anna Lena Straube creates her female ideal in a way that leads the viewer into the inner worlds of the figures. The artist creates cycles of works that resemble a painterly round dance. Color, content as well as painterly imagery are created anew with each successive round dance. “Thinking about Eve” examines the Christian patriarchal invention of woman as the Eve figure. Eve’s guilt complex forces woman into submission and empowers man to rule over her and the world. Women become voiceless fringe groups, disappearing into the background, or allowed to do what the man allows. Older myth-women like Lilith, fierce and untamable, able to switch winged between the upper and lower worlds, were withdrawn from the Bible’s narrative, vilified and reviled. The complete change to a patriarchally organized world community was sealed with the Holy Scriptures of Christianity and is only slowly dissolving in the last hundred years. How much “Eve” is in you, the painter questions each of her female figures, how much of you is shaped by her stigma, and where does indestructible, timeless, feminine complexity reveal itself?
The historical photographic originals or film stills that Anna Lena Straube uses, for example from “Orphée” by Jean Cocteau, or shots depicting the writer Sylvia Plath, are retold as paintings of the “here and now”. Stylistically, the paintings move between realism and poetry, between delicate color glazes and countless drops of paint covering the motif. In contrast, clear white forms appear, suggesting metaphysical light.