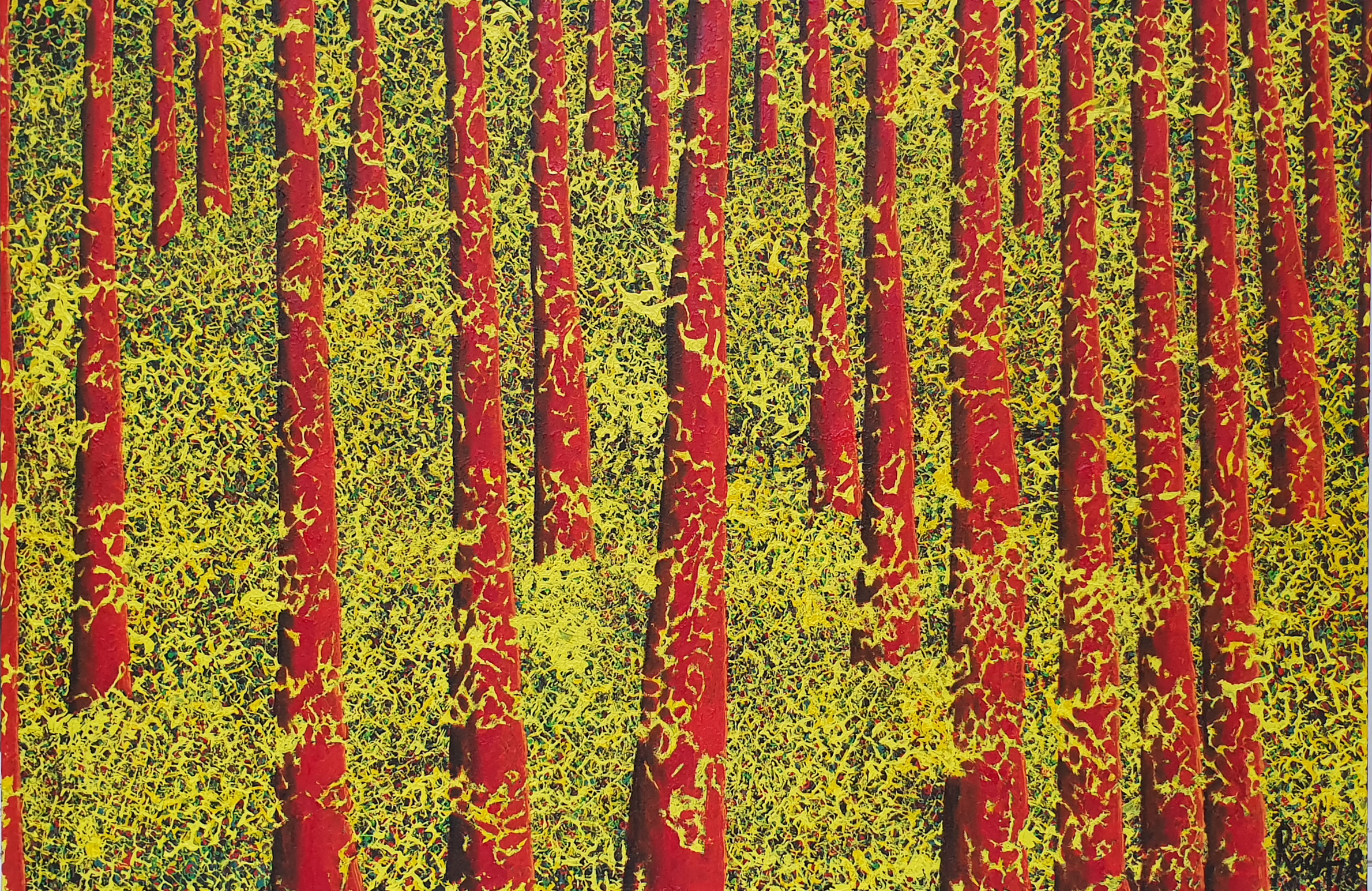 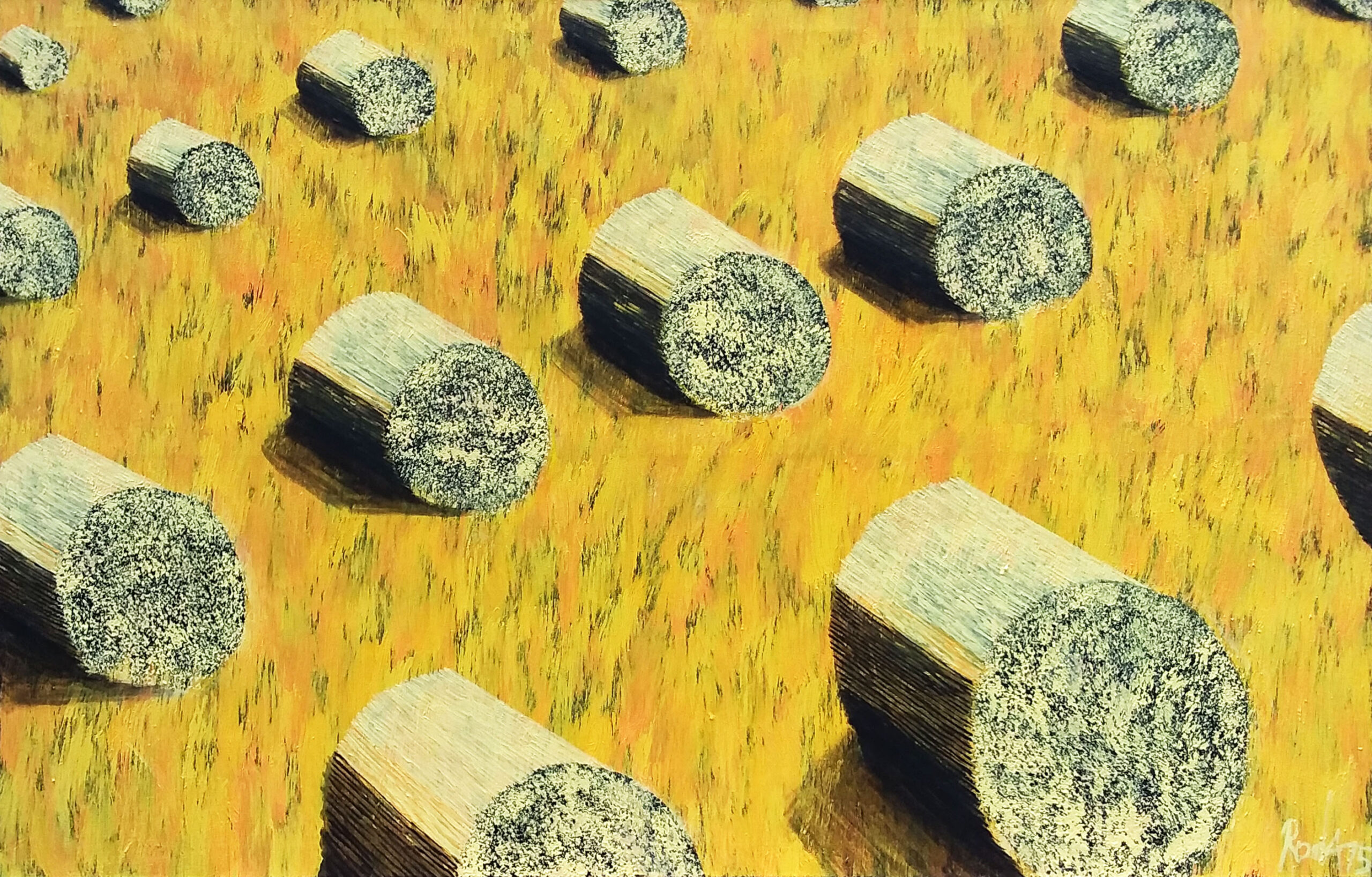 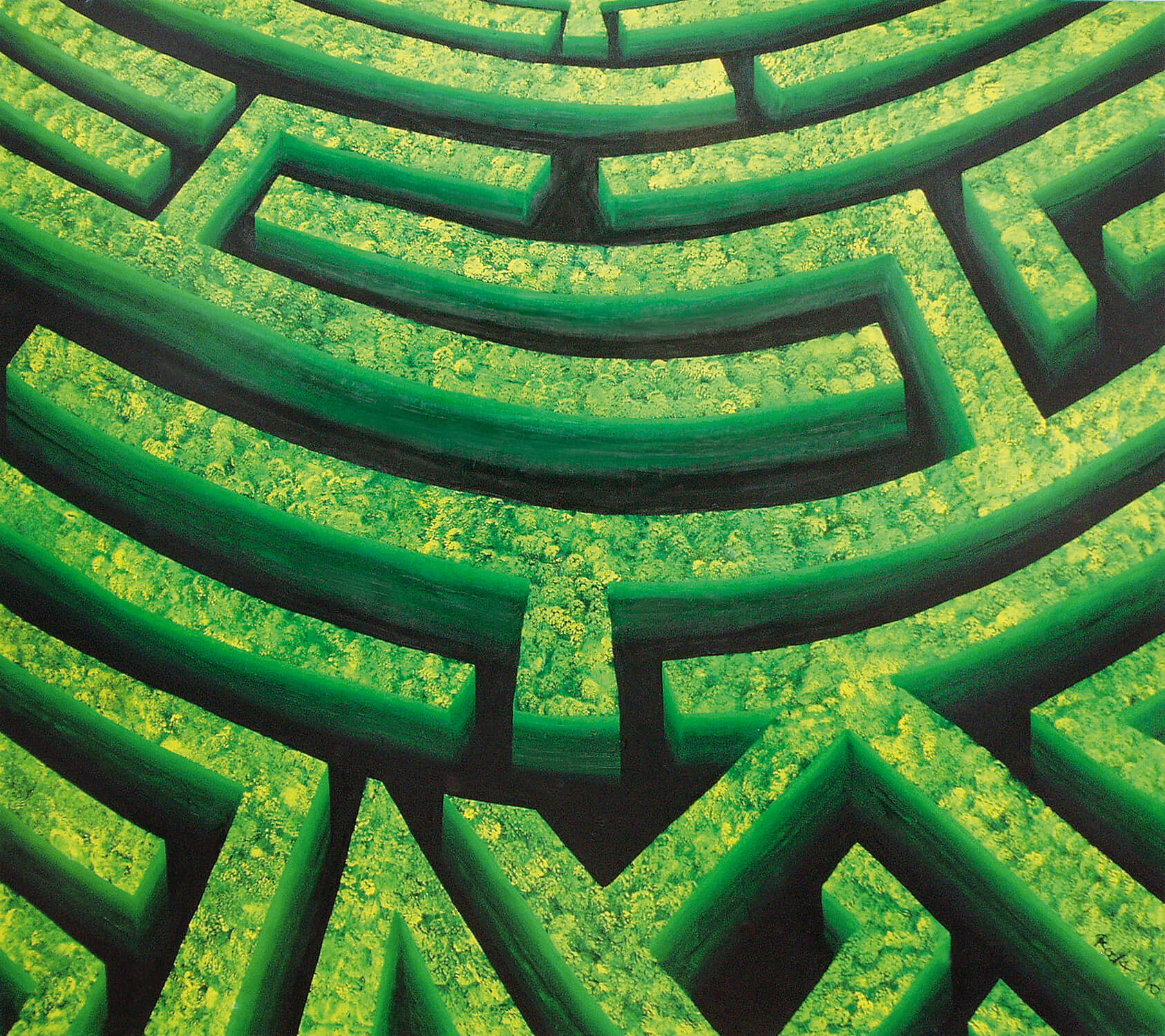 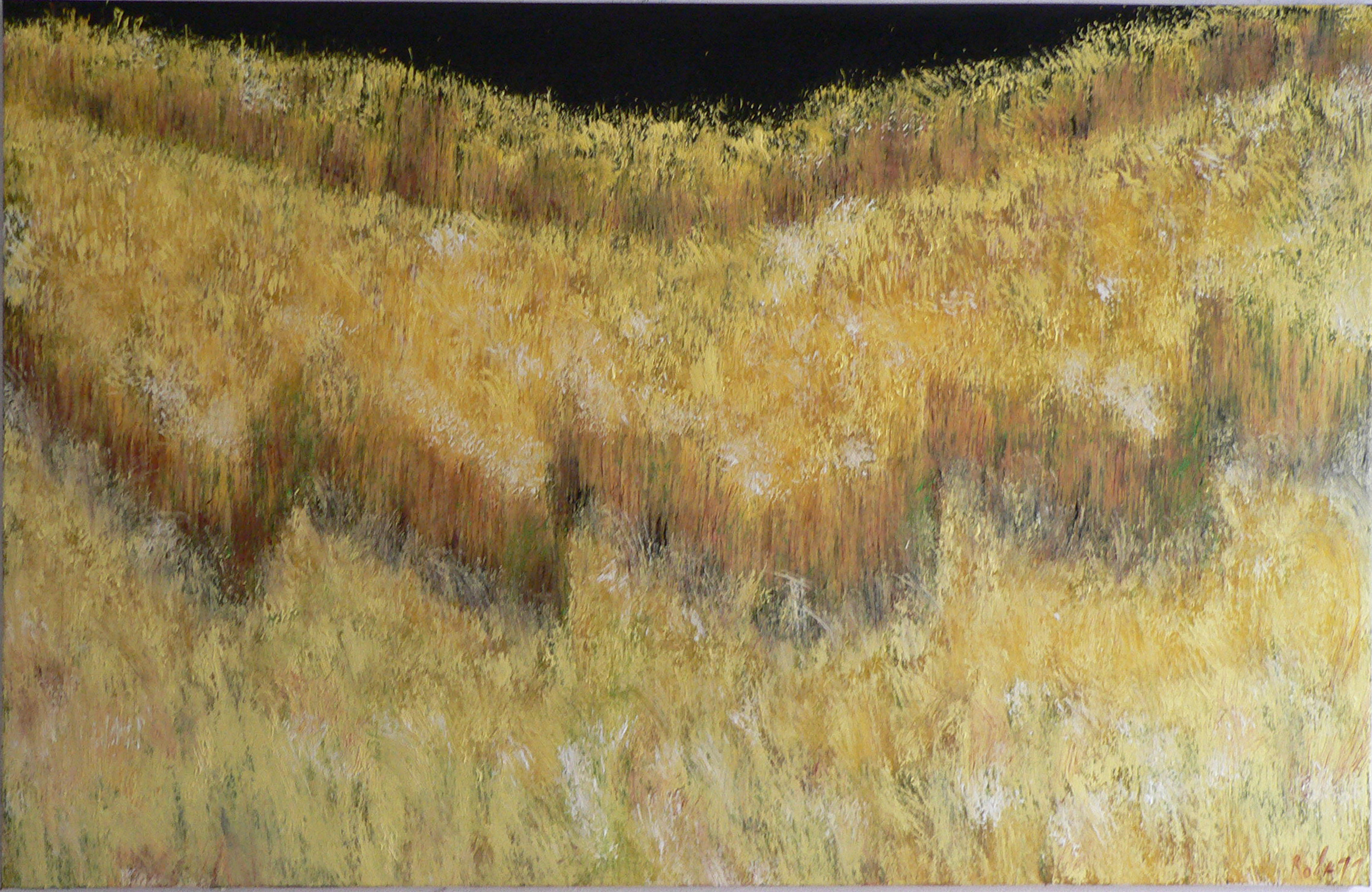 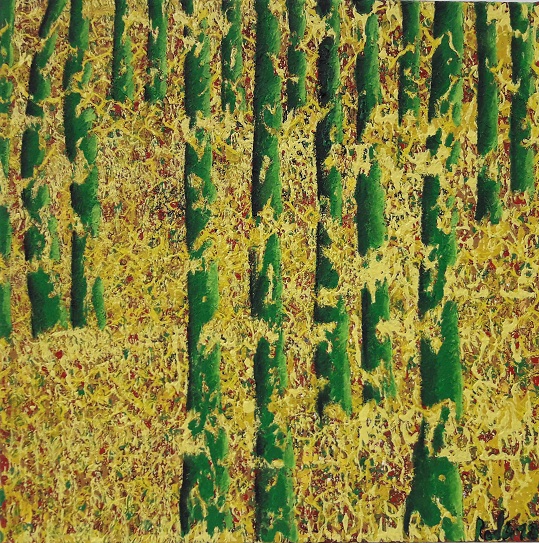 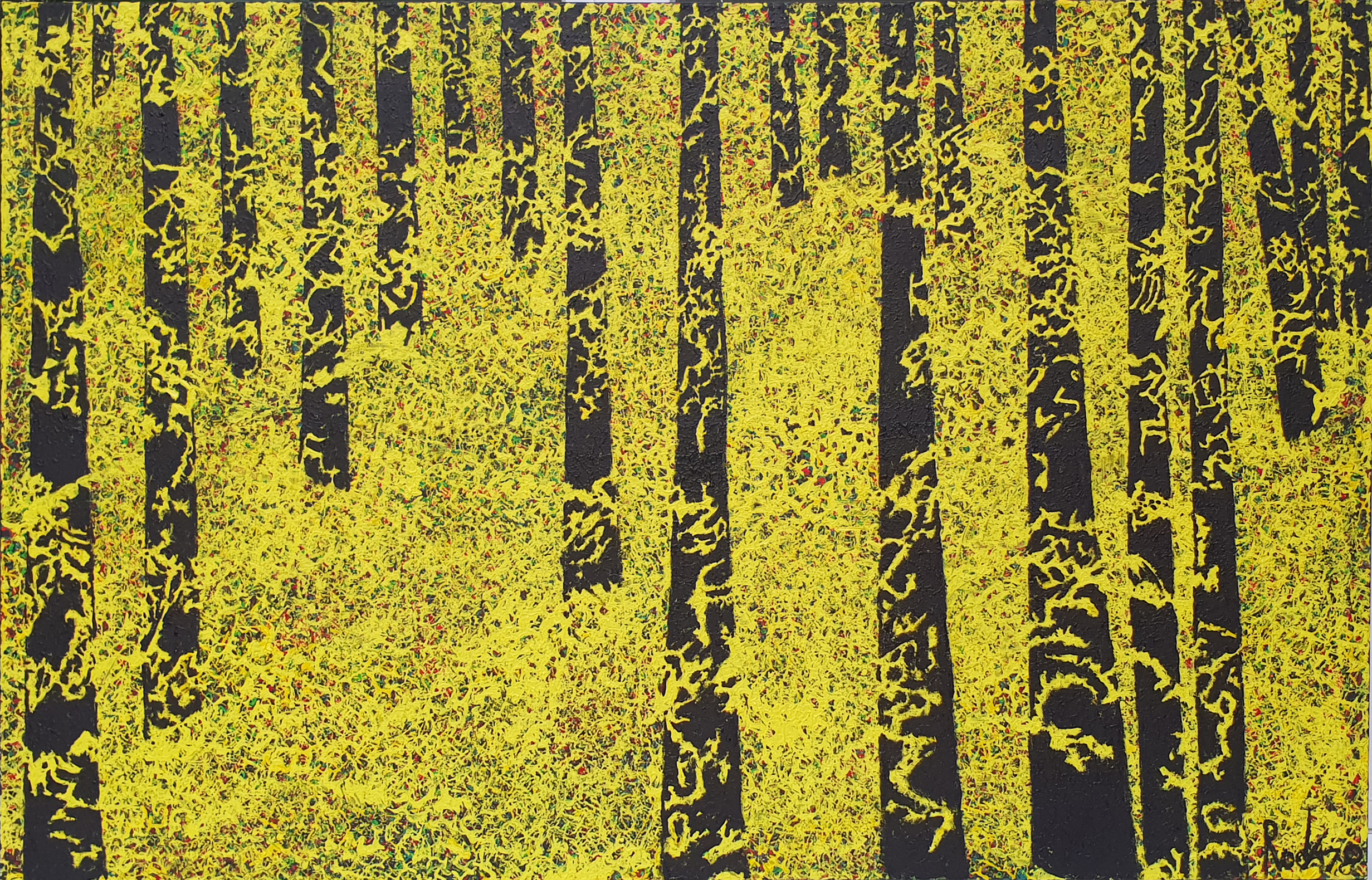 Born in Luxembourg in 1951, Fernand Roda studied at the State Academy of Art in Düsseldorf, Hochschule für Bildende Künste from 1971 to 1977.

In 1975 he became a master student of Prof. Joseph Beuys. In 1996 Fernand Roda received a scholarship from the Bavarian Landesbank. In 1987/88 he is asked by the city of Düsseldorf to paint a picture (400 x 360 cm) for the subway station “Heinrich-Heine-Allee”. 1988 he organizes the exhibition “My time, my predator” for the 700th anniversary of the city of Düsseldorf. In 1991 he was appointed “Chevalier de L’ordre de Mèrite du Grand-Duchè de Luxembourg”. In 1993, a stamp of the State of Luxembourg appeared in the series “Euro Stamp” with the image of one of his paintings.

His themes are, in a broader sense, nature and landscape. He often juxtaposes natural and geometric elements, limiting himself to the essential without getting lost in details. His maxim is: Do not paint what you perceive, but how you perceive it.