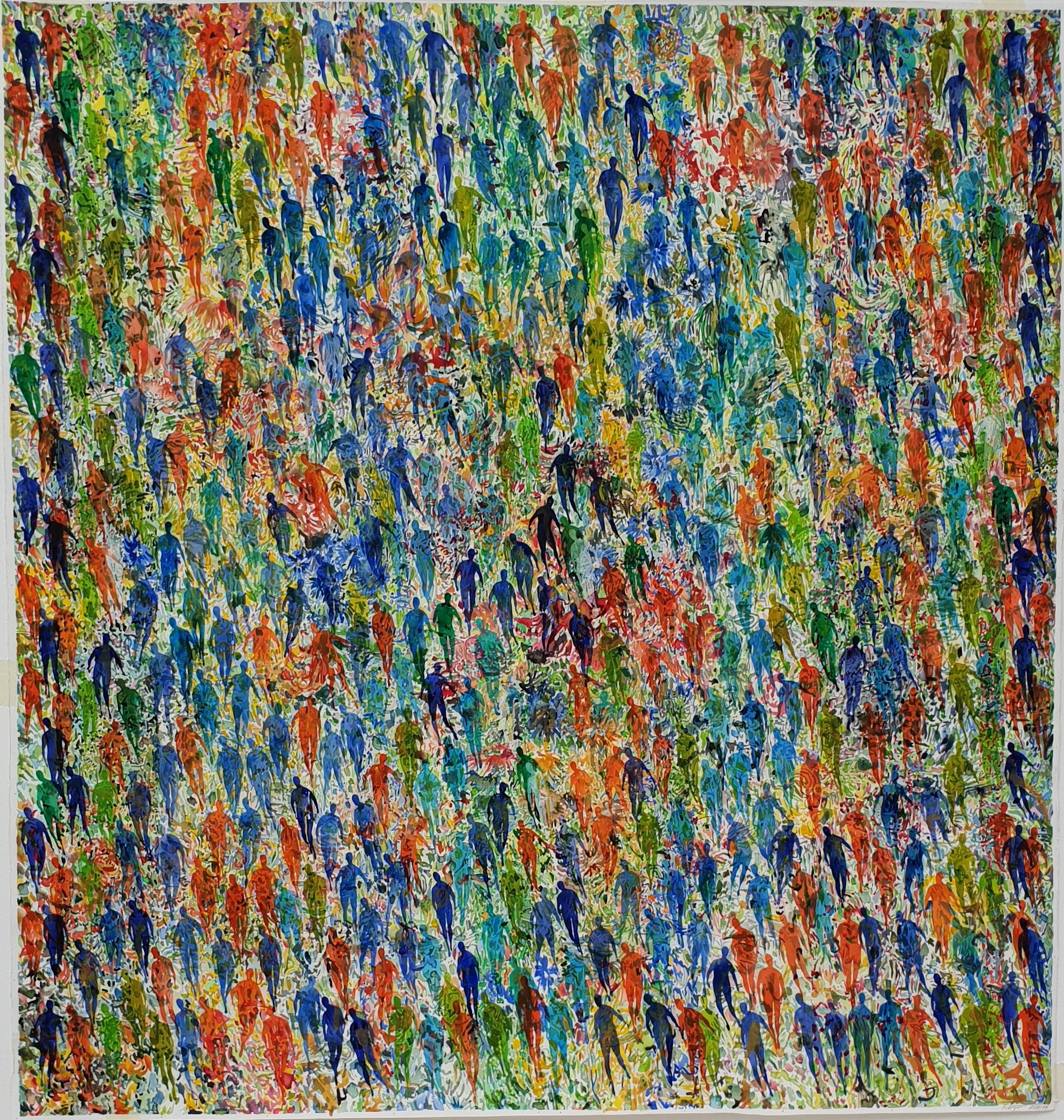 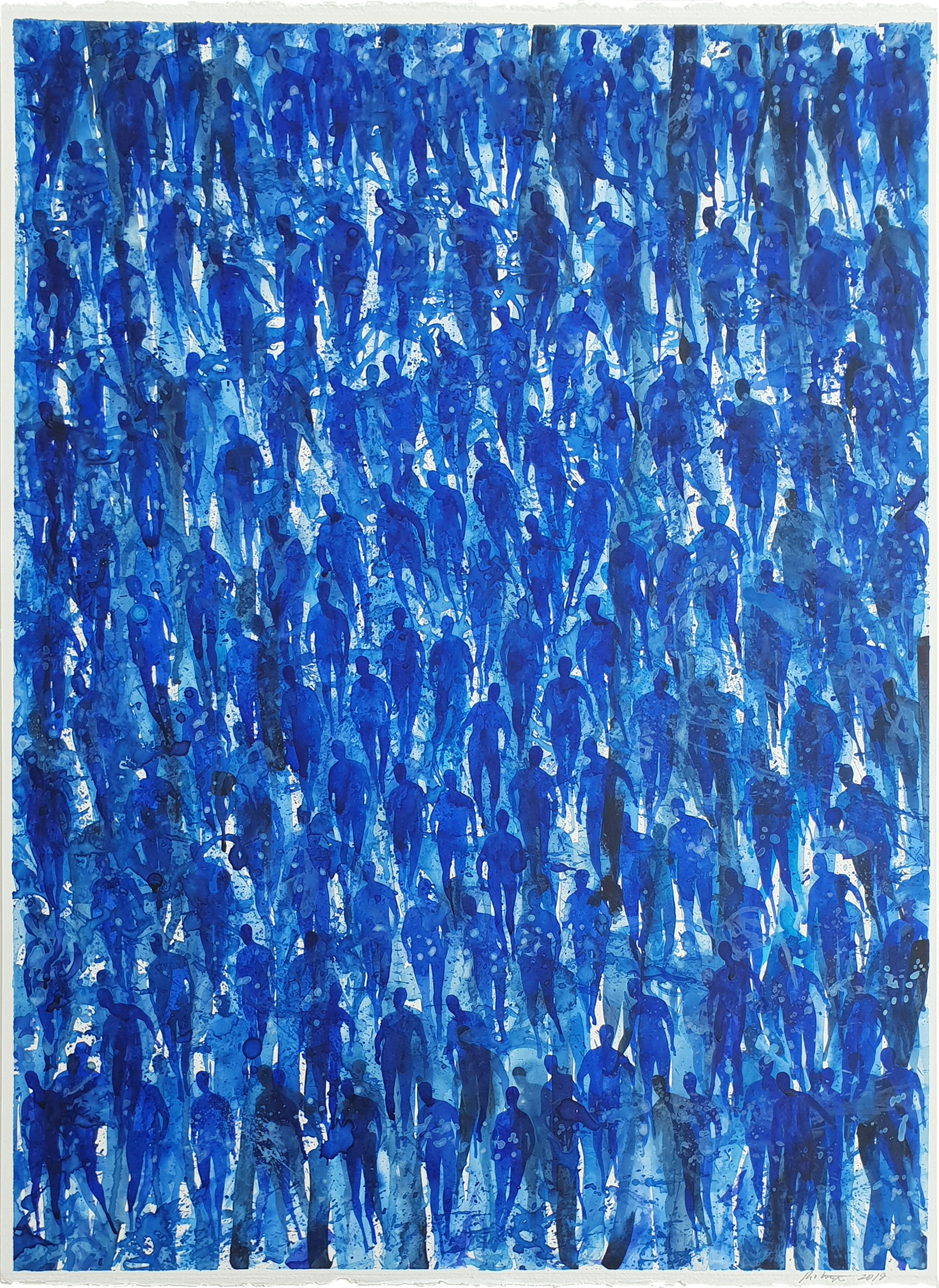 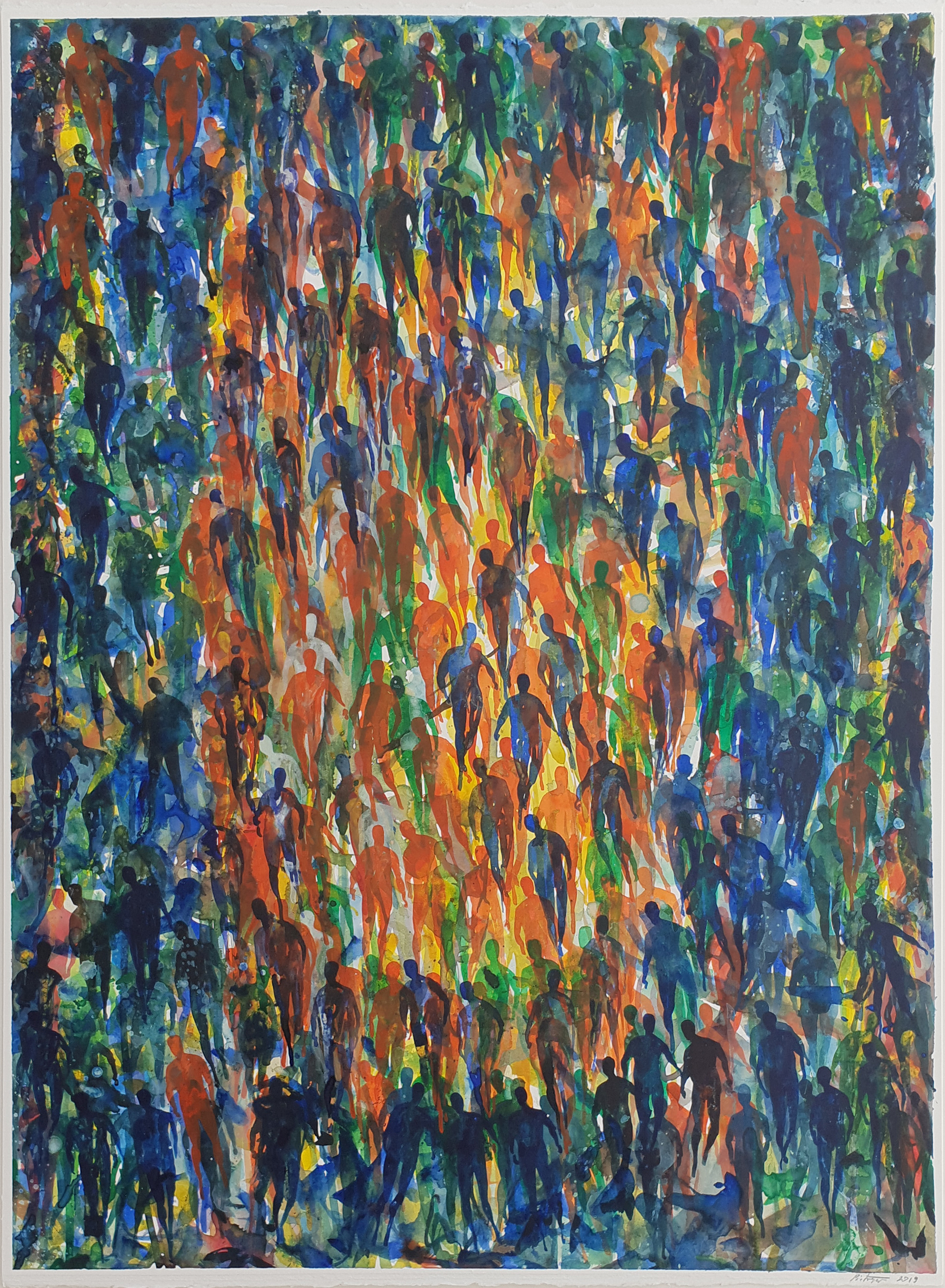 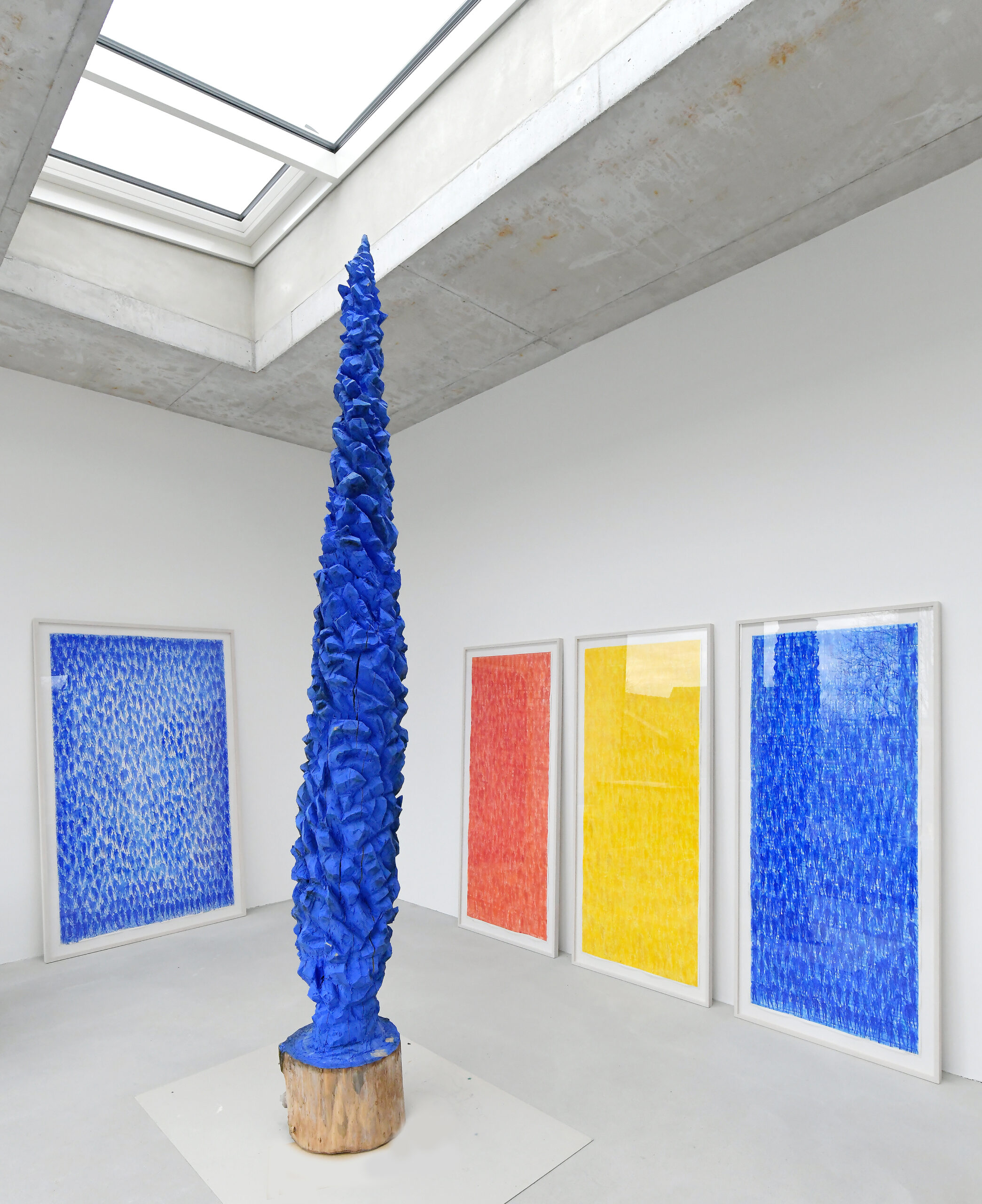 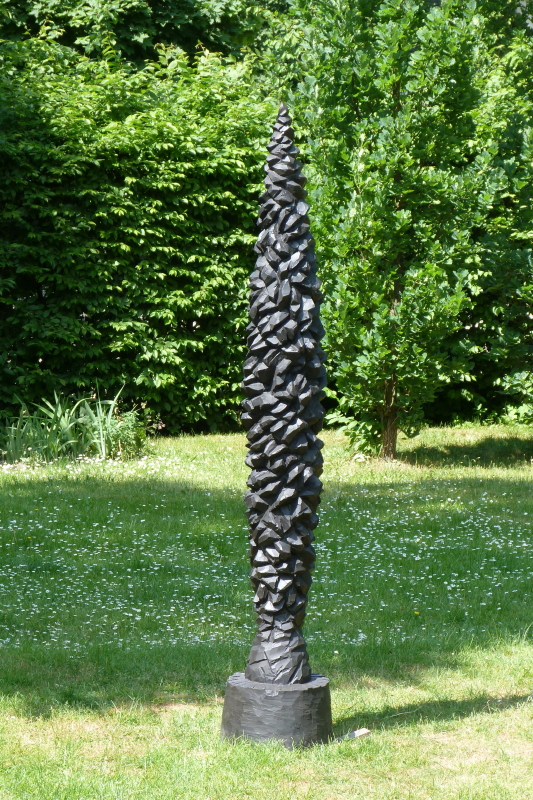 Born in 1954 in Ibbenbüren, Westphalia, Stefan Pietryga studied at the State Academy of Art in Düsseldorf, Münster Department. In 1980 he was a master student of Prof. Ernst Hermanns. In 1990 he received the sculpture scholarship “Werkstattschloss” of the city of Wolfsburg and in 1991 the scholarship of the Kunststiftung Baden-Württemberg, and in 1993 the scholarship Cité Internationale des Arts, Paris.

Stefan Pietryga is a painter and sculptor. A main figure of his sculptural work is certainly the poplar, mainly in wood and with paint, blue like the sky, but also cast in bronze, green and black patina. His interest in this particular kind of tree results from an intense study of Romanesque buildings. Pietryga works with saw and axe in rough and angular forms from the wood. To make them stand out in the landscape he paints them in ultramarine to evoke ideas of sky, depth, transcendence and immateriality.
Another part of Pietryga’s artistic statement is his watercolors. In the large formats on paper, the never-monochromatic color surface itself gets into motion, becomes a reflection of the sequences of steps of the dancing crowd, whose pattern in turn defines the place or color landscape where the movements take place. We see figures located at several, at a multitude of topographical points simultaneously, for in themselves the colored schemes are without individuality, without an identity of their own. They are variations of a basic figure: the passer-by. The passer-by determines the contours of a place through his paths and the speed of his movement.