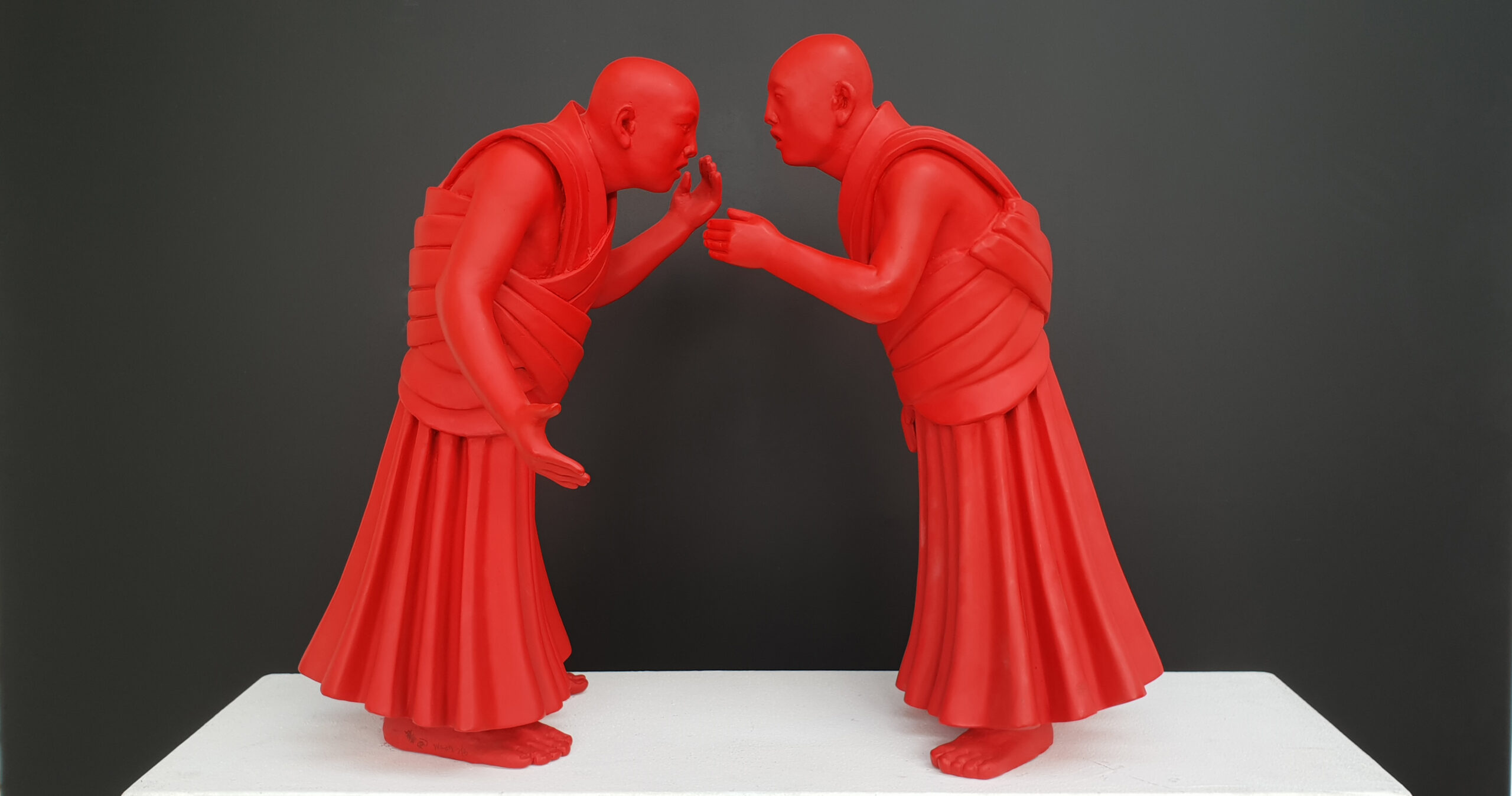 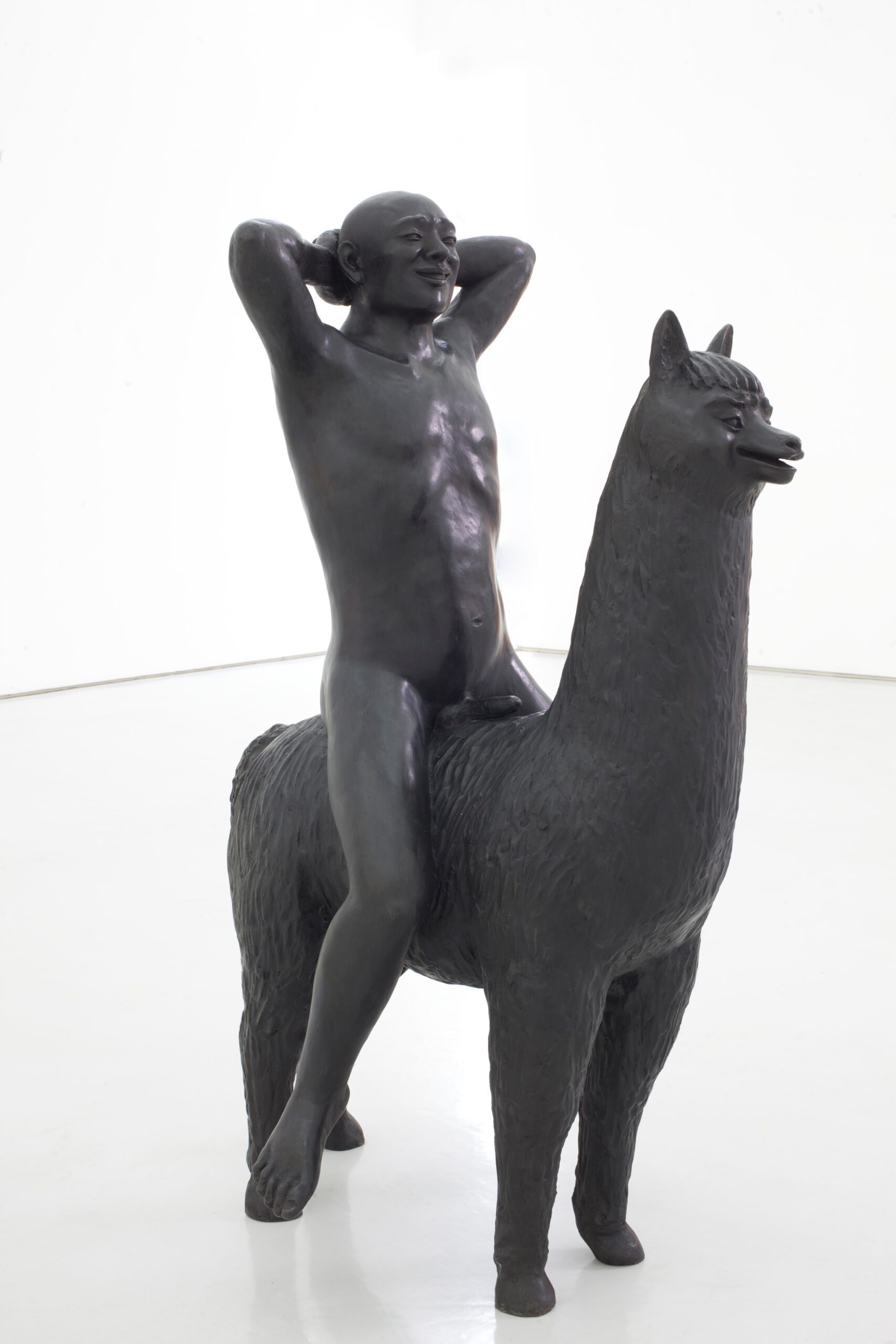 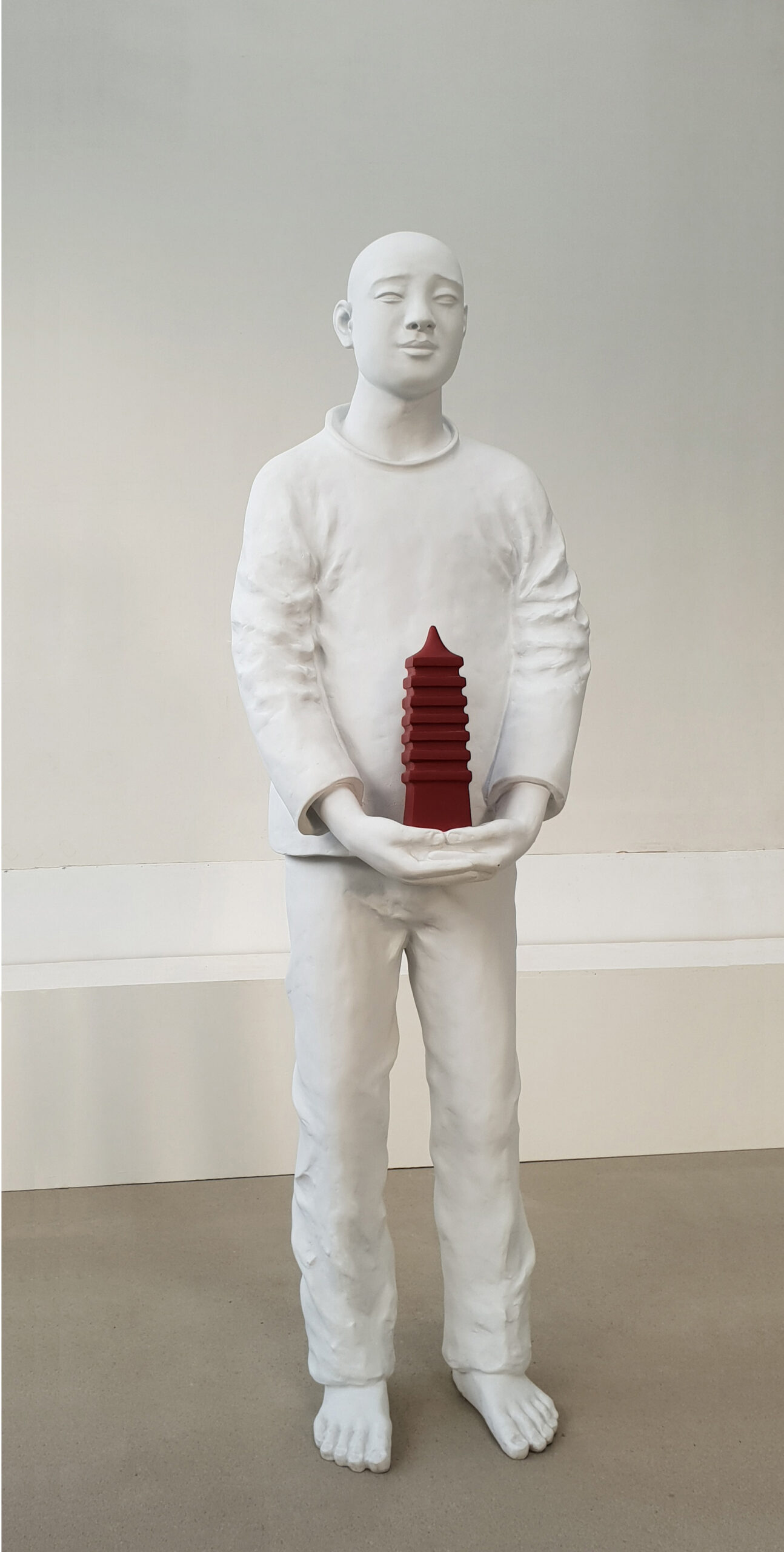 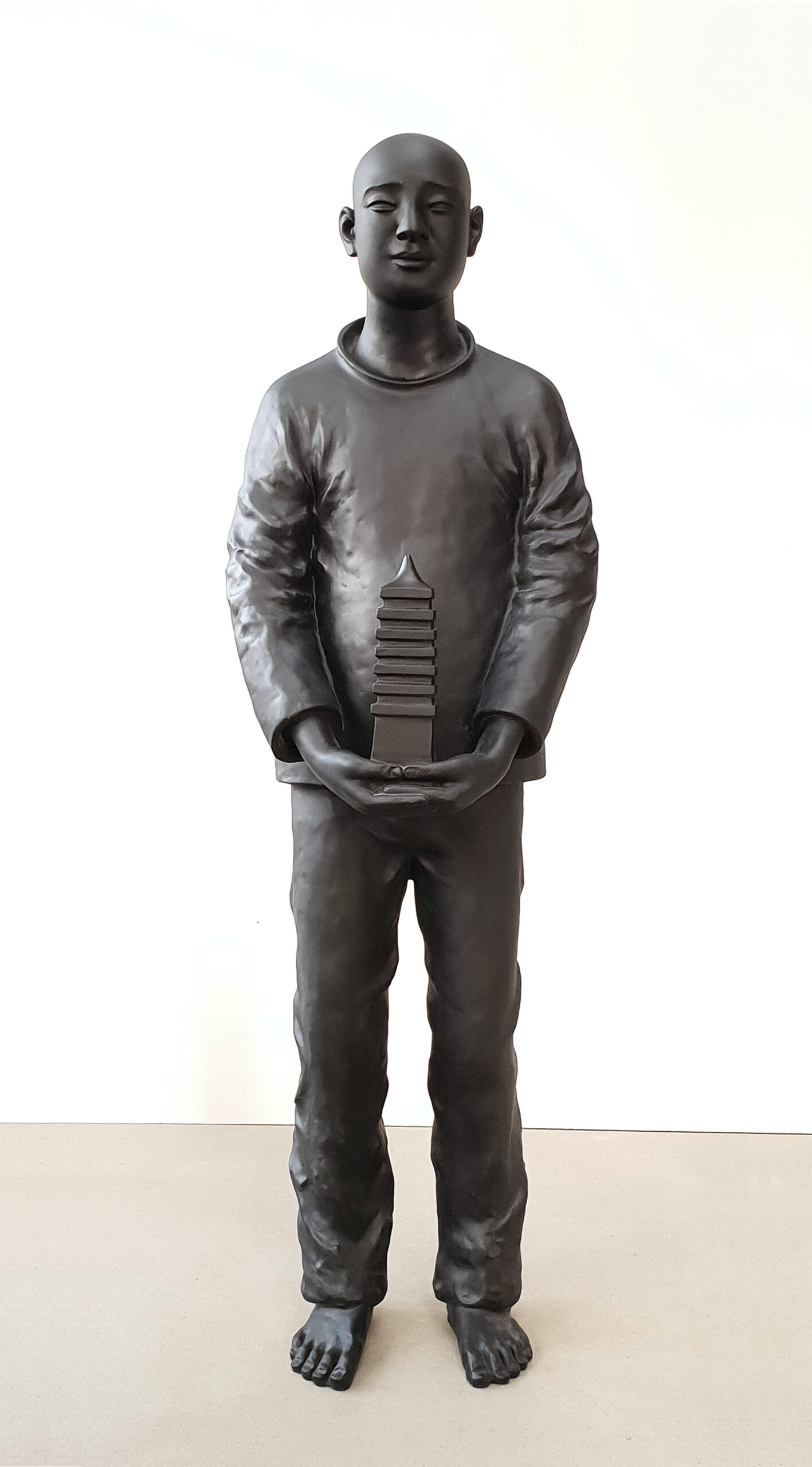 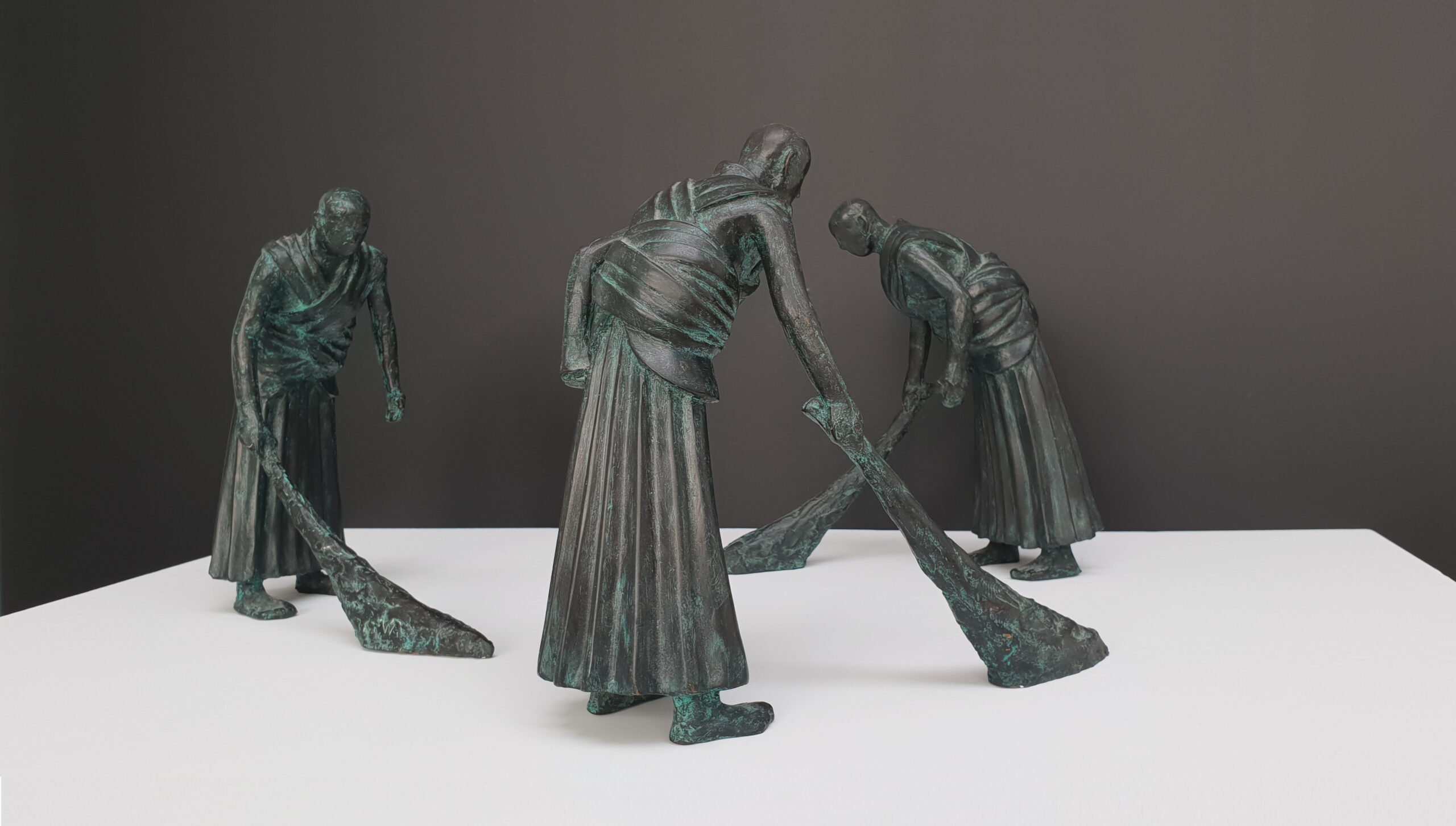 Born in 1960 in Beijing, China, Wang Shugang studied sculpture at the Central Academy of Fine Arts (CAFA). After graduating in 1985, he was assigned to the State Urban Planning Bureau, but left after a year to work as a freelance artist. In 1989 he went to Germany, where he lived in the Ruhr area for a good 10 years. In 2000, he returned to Beijing, where he lives with his German wife and a daughter they have together.

Since 1991, Wang Shugang’s works have been regularly shown in solo exhibitions in Germany and China. His statues, almost exclusively stylized images of people, are consistently kept in three colors: Red, white and black. Typical for Wang Shugang’s works are the red “Sweeping Monks” and the “Squatting Monks”. His current works revolve among others around the themes of loneliness and cohesion,